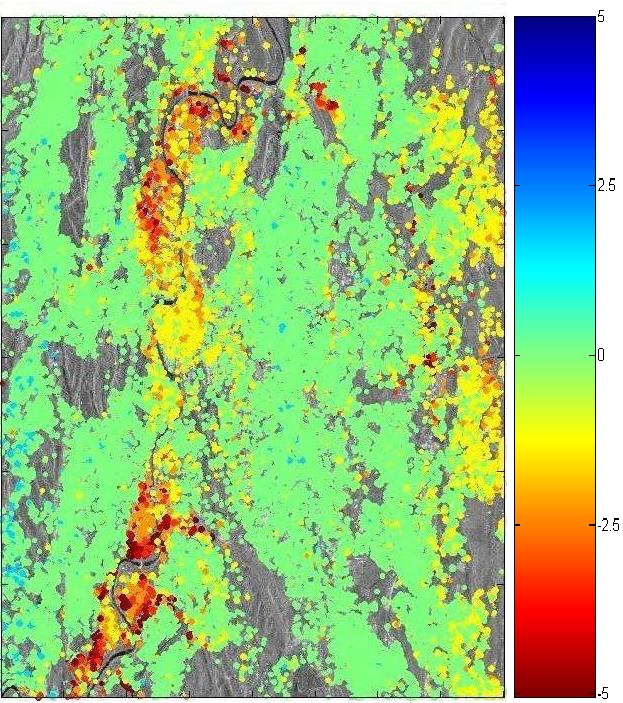 The main project objective was to evaluate the sub-centimeter precision in the area of ​​interest “Precious Rome” for the priceless monumental heritage.

This technique is based on the peculiarity of coherence of the emitted and reflected radar beams, useful for the estimation of the target satellite distance with the accuracy of the wave phase (fraction of the Radar wave). The conducted activity consisted of an initial phase of bibliographic collection on previous displacement measurement campaigns that have characterized the structures of interest. 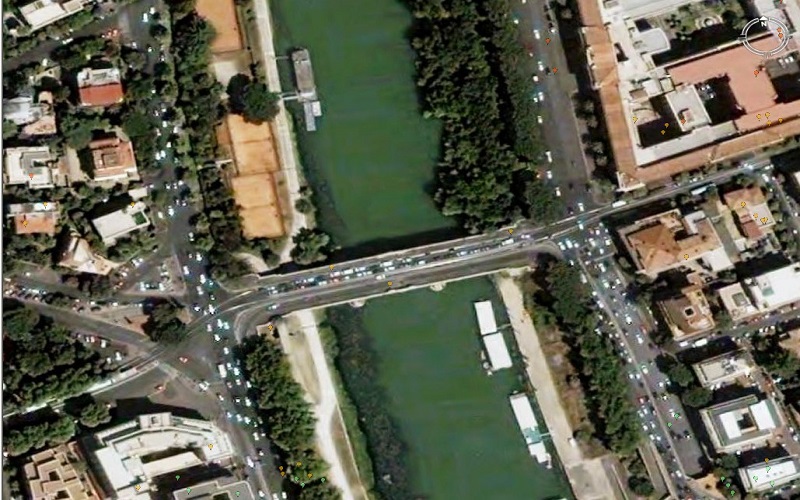 Then in a second application phase, processing software, specially developed for the determination of the displacement velocity mapping, have been implemented. The estimated velocities are of constant type in the time interval 1993-2006 (coverage period of the used dataset). The higher velocities of 4-5 mm/year have been recorded along the paths of the Northern and Southern Tiber and in particular along the beds of old Tiber affluents.

The last phase aimed at validating the velocity map determined by photographic surveys in the areas characterized by higher speeds.