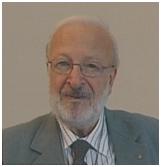 Eng. Maurizio Leggeri graduated in 1957 in Civil Engineering, at the University of Bari, and later he specialized in:

He was the President of the Centre of Integrated Geomorphology for the Mediterranean Area from 1988 to 2012.
Eng. Maurizio Leggeri is dealing with seismic issues since the beginning of his career, earning a positive outcome at national and international level.

In cooperation with the National Institute of Geophysics, he designed the seismographic network of Basilicata Region.
He carried out a notable didactic work both at regional level at the University of Studies of Basilicata, and at international level, in particular at the Faculty of Engineering and Architecture of the University of Berkeley, California.