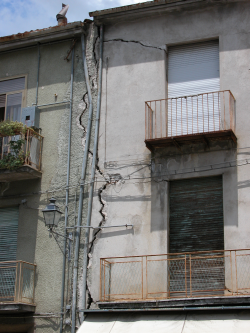 The main project objective was to map and analyze the displacements in the residential areas of Basilicata Region affected by the earthquake occurred on 9th September 1998 by Synthetic Aperture Radar (SAR) interferometric techniques.

Specific objective of the activity was to describe the features and potentiality of satellite SAR data, in alternative and/or support to the Global Positioning System (GPS) campaigns for verifying the presence of significant ground surface deformationand hypothesizing the relative causes through the morphological, seismic, hydrological and geological features assessment.

The use of innovative satellite techniques allows to estimate, with sub-centimeter accuracy, the displacements velocity recorded in the period 1992-2004 in correspondence to the Point Target (PT) in the residential areas affected by the earthquake of Pollino on 9th September 1998. 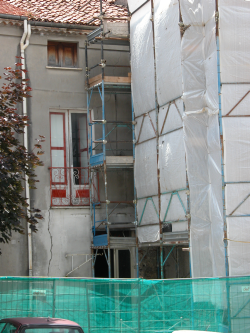 In addition to the satellite data, a Digital Elevation Model (DEM) of Basilicata with resolution 20×20 meters has been used for the data processing. It has been produced by the Italian Military Geographic Institute (IGMI), and only for few small parts not covered by the DEM above mentioned, integrations with a Shuttle Radar Topographic Mission (SRTM) satellite DEM, of resolution about 90 meters, have been added. In general from the dataset, the data with a perpendicular baseline greater than 1000 m (E2_20010228, E2_20021225, E2_20040428, E2_20001220, E2_20010404) were eliminated and, for each project, the images of disturbed module reducing the correct data interpretation have been deleted.

This work investigated any relationship among the displacements data of the Point Target (PT) and additional information such as topographic and climatic data in order to validate and interpret the PT results. In addition, the interpretation of displacement data of the PT was supported by overlapping their geocodified distribution on orthophotos on a detailed scale of the area of ​​interest. This was useful for targeting on-site investigations in the light of displacements and velocity of PT and PT-PT differences. This overlap allowed us to identify the buildings affected by damages caused by hydro-geological instability of the slopes or by seismic events. Moreover, the interpretation of displacements data of PT should also be conducted through historical analysis, as the antrophic interventions hide the site observations.

It has been made a distinction between tandem data and other data and it was observed that, for both the trend of the average deformations, there is a connection with the time series of average and accumulated rainfalls, and a proportionality between inclination and velocity gradient of PT along the longitudinal profile of a south-west facing slope.