HomeImplementation of a hydraulic risk forecasting and prevention system

Implementation of a hydraulic risk forecasting and prevention system 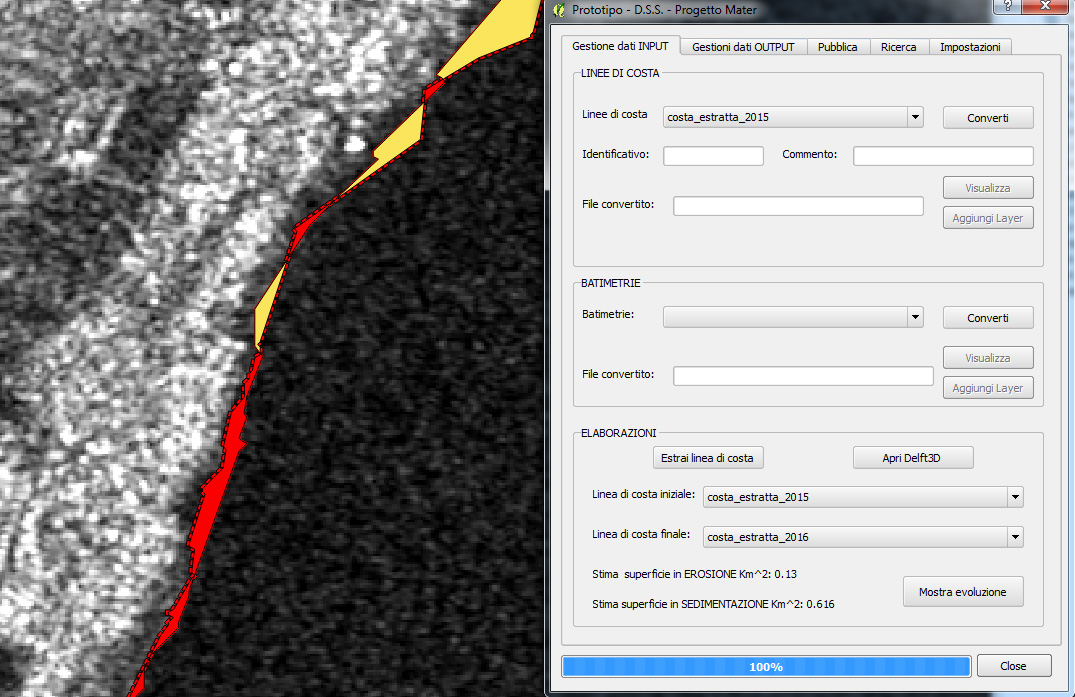 Sommario:
This Operative Project (OP) is an essential part of a wider project named “MATER” aimed at developing a methodology of environmental and territorial analysis related the natural resources exploitation.

This first start-up phase of “MATER” project is intended to define a monitoring system for the forecasting and prevention of the coastal-hydraulic risk based on the integration and use of radar data with particular reference to the new satellite missions, namely Sentinel-1 and COSMO-SkyMed.

Once implemented, the system will allow the systematic and continuous coastal monitoring by integrating the remote data with the Open Source IT for the basic analysis and the web-publication of geographic data (cartographic), by orienting the application to a simple and intuitive query for the end-user. The geographic data will be processed through the interoperability standards WMS (Web Map Service) defined by the OGC (Open Geospatial Consortium) by implementing processing techniques for the production of spatial information based on the PSInSAR and Change Detection methodologies widely developed and proved in the analysis of radar data aimed to wide-ranging targets.

In detail, the core idea lies in the optimisation/development of procedures and protocols to assimilate Satellite Data into the evaluation chain of the coastal system, in deferred time or near-real, time with reference to: