HomeCrustal deformation analysis in the territory of Agri Valley

Crustal deformation analysis in the territory of Agri Valley 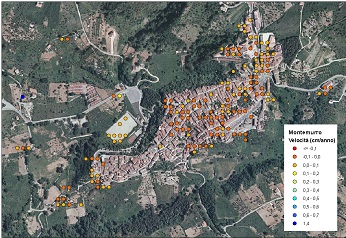 The Agri Valley, a strategic area for the natural heritage and the energy reserves, is one of the regional area with high seismic hazard.

The presence of a series of minor faults in anti-apennine direction is due to numerous seismic events, generally of low-medium intensity, characterized by shorter return periods. Although there are recent tectonic studies of the area, the problem of identifying surface expression of the main tectonic structures is still not solved.

The use of methodological approaches collecting information from different disciplines is also essential in the areas where the identification and analysis of active structures, as in the case of hidden or blind thrust faults, are particularly difficult.

The study analyzed crustal deformations and deformative stress of the area providing a valuable contribution to the geophysics and seismology study.

The measurements started in September 2007 and a first estimation of the crustal deformations was obtained from the satellite data processing – Synthetic Aperture Radar (SAR), during 1992-2004.